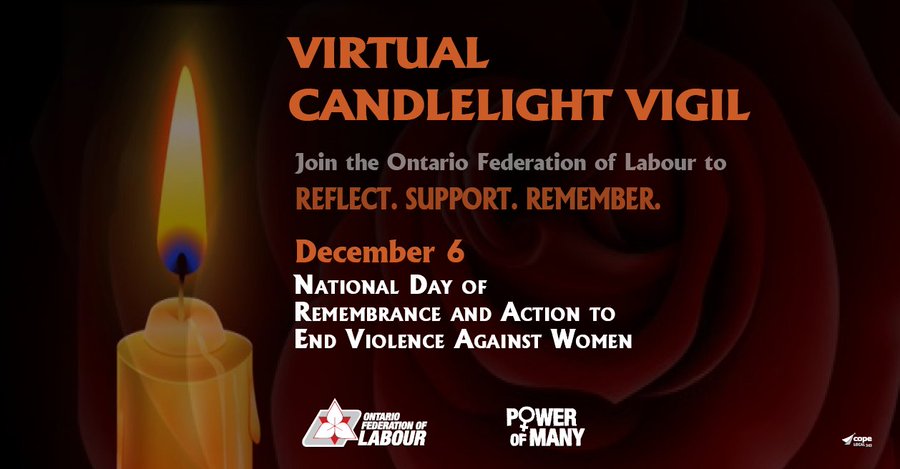 Join the Ontario Federation of Labour on for its Inaugural “Day of Remembrance” Virtual Candlelight Vigil, on Sunday, December 6, to reflect, support and remember.

On December 6, 1989, 13 female students and a female administrator at l’École Polytechnique de Montréal were murdered because they were women. The shocking impact of their deaths led Parliament to designate December 6 as a national day of remembrance. Nearly 30 years later, the effects of this tragedy continue to be felt and women remain targets because of their gender.

The National Day of Remembrance and Action on Violence against Women is about remembering victims; it is also a time to take action. We each have the opportunity and the responsibility to stand up against misogyny, sexism, and hate — and it starts with creating a culture of respect.

We ask participants to have a candle for lighting during the event.